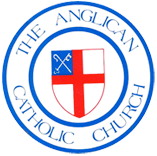 
ALMIGHTY God, give us grace that we may cast away the works of darkness, and put upon us the armour of light, now in the time of this mortal life, in which thy Son Jesus Christ came to visit us in great humility; that in the last day, when he shall come again in his glorious majesty to judge both the quick and the dead, we may rise to the life immortal, through him who liveth and reigneth with thee and the Holy Ghost, now and ever. Amen.

AND when they drew nigh to Jerusalem, and were come to Bethphage, unto mount Olivet, then Jesus sent two disciples, Saying to them: Go ye into the village that is over against you, and immediately you shall find an ass tied, and a colt with her: loose them and bring them to me. And if any man shall say anything to you, say ye, that the Lord hath need of them: and forthwith he will let them go.

Now all this was done that it might be fulfilled which was spoken by the prophet, saying: Tell ye the daughter of Sion: Behold thy king cometh to thee, meek, and sitting upon an ass, and a colt the foal of her that is used to the yoke. And the disciples going, did as Jesus commanded them. And they brought the ass and the colt, and laid their garments upon them, and made him sit thereon. And a very great multitude spread their garments in the way: and others cut boughs from the trees, and strewed them in the way: And the multitudes that went before and that followed, cried, saying: Hosanna to the son of David: Blessed is he that cometh in the name of the Lord: Hosanna in the highest.

And when he was come into Jerusalem, the whole city was moved, saying: Who is this? And the people said: This is Jesus the prophet, from Nazareth of Galilee. And Jesus went into the temple of God, and cast out all them that sold and bought in the temple, and overthrew the tables of the money changers, and the chairs of them that sold doves: And he saith to them: It is written, My house shall be called the house of prayer; but you have made it a den of thieves.